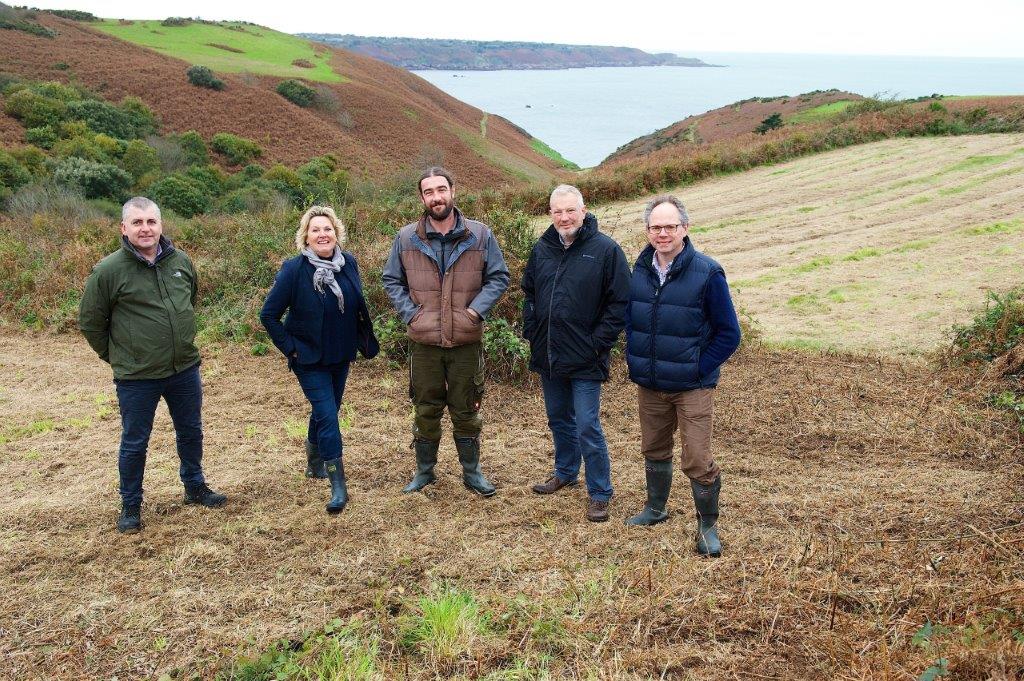 Jersey Water and Jersey Electricity have partnered to fund one of the biggest tree-planting initiatives the Island has ever seen in a move to safeguard biodiversity, offset carbon and help Jersey towards its aim of being carbon neutral by 2030.

Working together with the National Trust for Jersey and Jersey Trees for Life, the two utilities are providing £40,000 to plant around 6,000 trees on over eight hectares of land (20 acres) next to existing woodland at Mourier Valley. 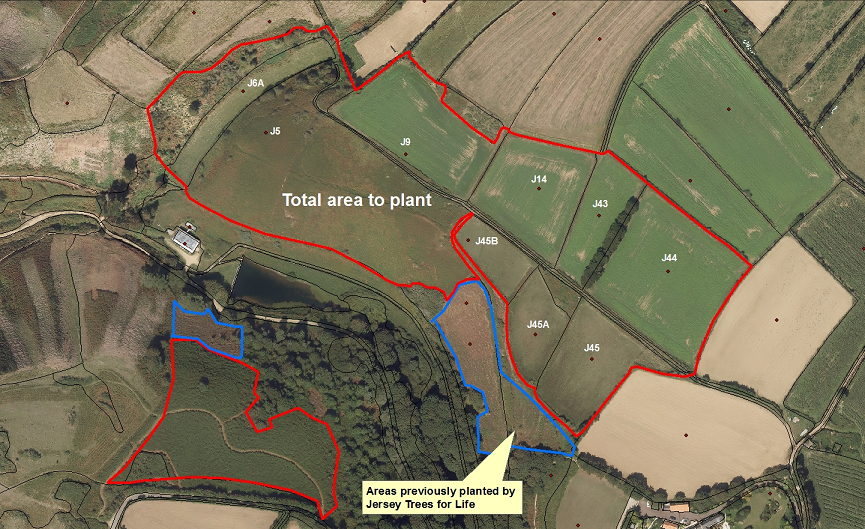 National Trust Lands Manager Jon Parkes, who is jointly managing the project, says: ‘It is without doubt the biggest tree-planting programme the National Trust has undertaken as our projects are usually for around 100 to 150 trees at a time.’

The first 700 trees have already been ordered and planting is scheduled to begin in December. The Trust expects the project to take three years to complete. The area to be planted covers around 40 vergées of land owned variously by Jersey Water, The National Trust, The Crown and the Jersey Government. 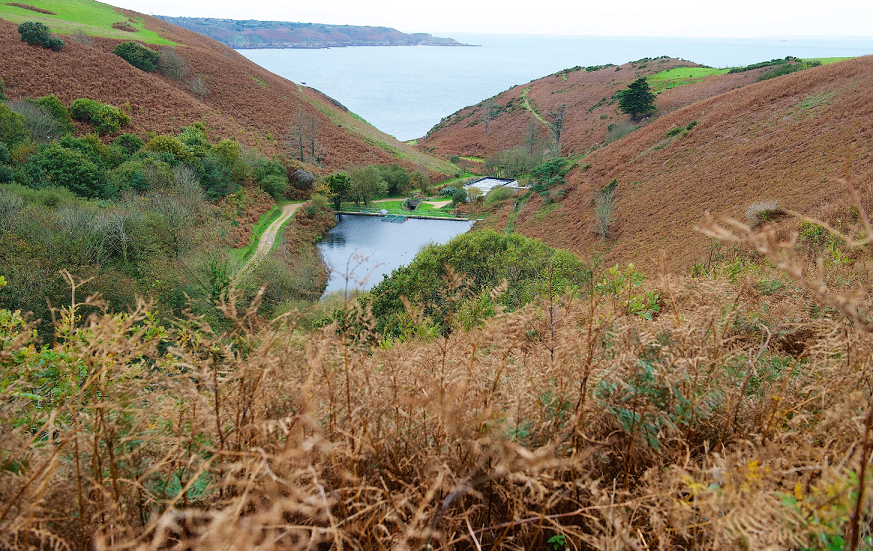 Jon Parkes added: ‘At present, the planting list contains mostly native species such as Common Oak, Wild Cherry, Bird Cherry, Hazel and Silver Birch with a few exceptions to hopefully suit the exposed conditions and provide additional resources for birds and local wildlife, such as Rowan and some conifers such as Scots Pine and Monterey Pine.’

Jersey Electricity CEO Chris Ambler said: ‘We are fully supportive of the Government’s carbon reduction aspirations for the Island. As a responsible business, we have invested heavily in our undersea cables to France and helped reduce Jersey’s entire carbon emissions by more than a third in the last two decades. The French supply is a mix of one third certified renewable hydro-power and the rest nuclear – providing Islanders with a virtually completely decarbonised electricity supply. We will continue to invest in solar, wind and eventually tidal power as these energy sources become more commercially viable.

‘With a zero-carbon target to aim for, we believe that Jersey Electricity, working with respected environmental spartners like Jersey Water, the National Trust and Jersey Trees for Life, can play a leading role in affecting positive change for good. It is clearly important that the Island starts a programme of action as soon as possible and we believe this project is a small but important step that helps our community start the vital journey to deliver a zero-carbon future. Once completed, we aim to have public trails through the woods for the public to enjoy this breath-taking valley.’

Jersey Water CEO Helier Smith said: ‘Jersey Water is delighted to be working with the National Trust for Jersey, Jersey Trees for Life and Jersey Electricity to help return the beautiful Le Mourier Valley and coastal headland to the woodland that it once was, securing improvements in biodiversity and helping Jersey on its journey to carbon neutrality by 2030. This important project is a perfect example of organisations working together to address the important climate change issues that affect us all and being able to do so at a scale that is a first for Jersey.’

National Trust CEO Charles Alluto added: ‘We are grateful to both Jersey Electricity and Jersey Water for their generous support on this important project. Unfortunately, woodland cover is sparse in Jersey. In 2010 tree cover was estimated at 7% compared with 12% in the UK and 28% in France. Many trees were felled during the occupation and, when combined with the impact of Dutch Elm diseases and the Great Storm, this has led to a sparsity of mature woodland cover in the Island, which in turn has an impact upon our biodiversity.

‘The Trust acquired 40 vergées of arable land on the top of the eastern slopes of Mourier Valley in 2009 and has since planted more than 8,000 hedging plants. This winter we had planned to plant 1,000 trees on the eastern edge of the valley to help restore the once wooded valley sides. This new funding from Jersey Electricity and Jersey Water, as well as our partnership with Trees for Life, takes this restoration programme to a whole new level while providing an important, tangible carbon-offsetting focal point for Islanders now and for years into the future.’ 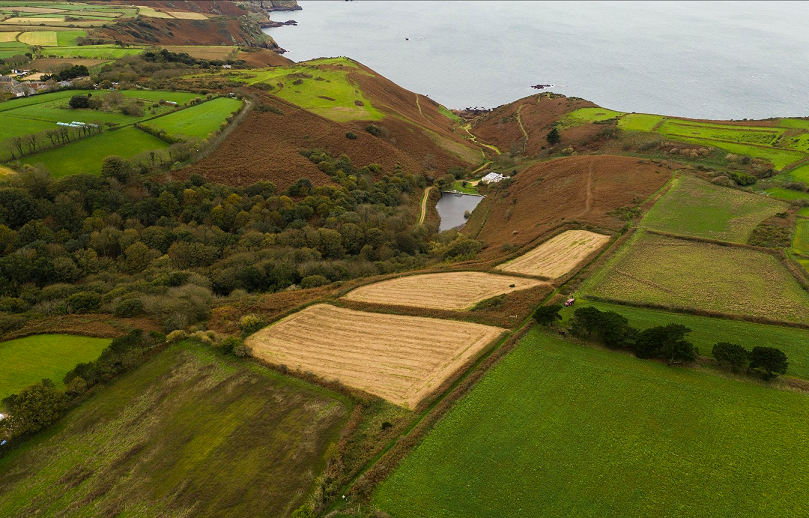 Environment Minister Deputy John Young has supported the project by granting the Trust permission for a change of land use on approximately 14 vergées of relatively poor agricultural land, subject to some grassland being maintained alongside the new woodland. The land borders two areas already planted by Jersey Trees for Life and will adjoin existing woodland at the bottom of the valley to produce seamless woodland across the valley.

Deputy Young said: ‘This is an excellent example of community initiatives to further our carbon reduction objectives. It will also be beneficial to biodiversity which sadly is declining in the Island. I look forward to hearing of further environmental initiatives.’

Watch the video of the project here.