On Wednesday 11 December the first of 6,000 trees were planted at the top of the Mourier Valley by a group of volunteers from Jersey Water and Jersey Electricity. 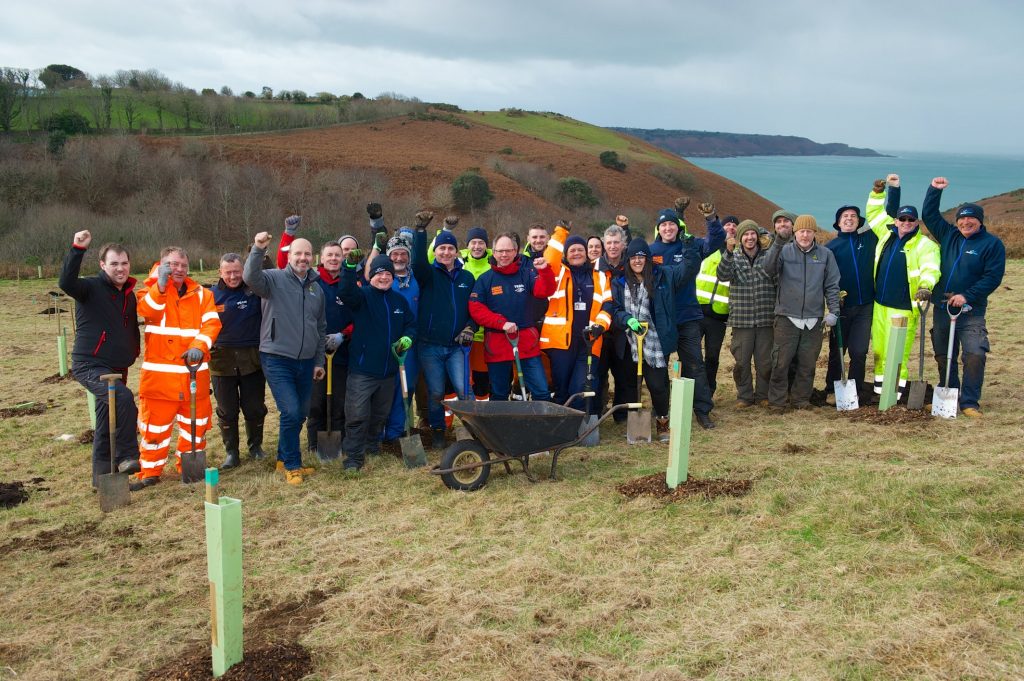 The reforestation of around 20 acres is being funded by the two utility companies, who are jointly providing £40,000 to the three-year project, which is the largest of its kind in the Island. The planting aims to increase Jersey’s tree density – estimated at only 7% of its land area – safeguard biodiversity, offset carbon and contribute towards Jersey ‘s stated aim to be carbon neutral by 2030.

Working with the National Trust for Jersey and Jersey Trees for Life, the volunteers planted 350 ‘whips’ of native species such as Common Oak, Silver Birch, Wild Cherry, Bird Cherry and Hazel. The volunteers were briefed by National Trust for Jersey Lands Manager Jon Parkes who explained the planting scheme, which his team had mapped out with colour-coded stakes to indicate the different varieties of tree: “We followed advice from the Woodland Trust on the planting formation. Rather than randomly scattering individual trees, we are planting in single species clusters to create a more natural feeling woodland as it develops.”

The area will also include more resilient non-native species such as Mountain Ash, Rowan, Scots Pine and Monterey Pine, which are more suited to the exposed conditions of Jersey’s north coast and will provide additional resources for birds and local wildlife. The young trees will grow to form a wood that will be managed by the National Trust for Jersey for the enjoyment of future generations. 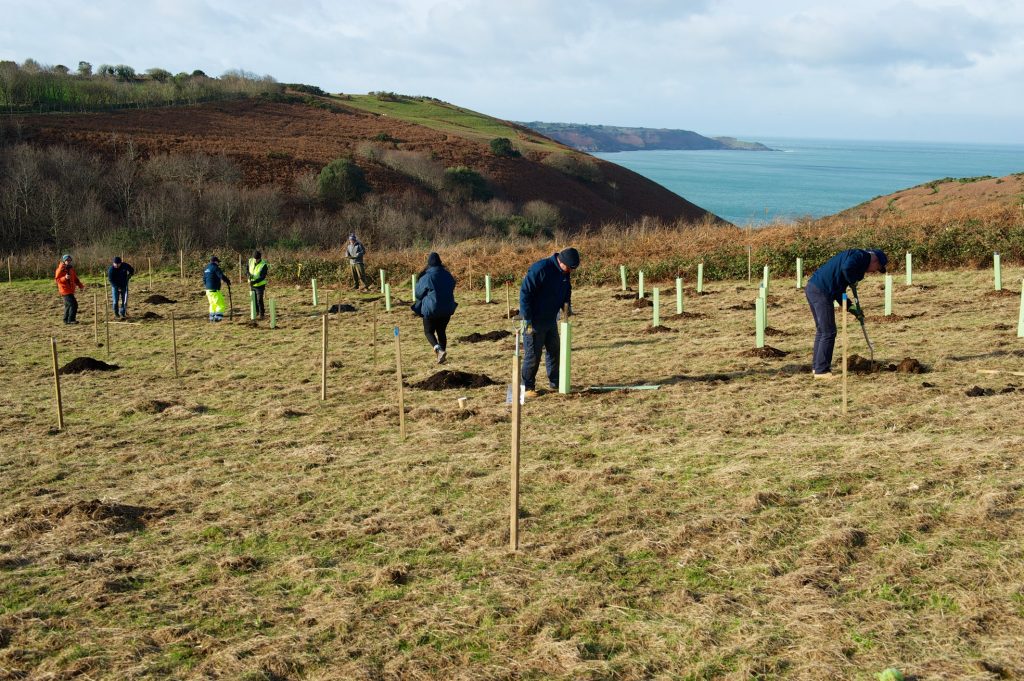 Jersey Water Chief Executive Helier Smith said: “Jersey Water is delighted to partner with Jersey Electricity, the National Trust for Jersey and Jersey Trees for Life on this important project – the largest so far undertaken in Jersey. By restoring Le Mourier Valley and the coastal headland to woodland we are creating a legacy for the people of Jersey to enjoy, but which also has benefits in terms of increasing biodiversity and offsetting carbon.” 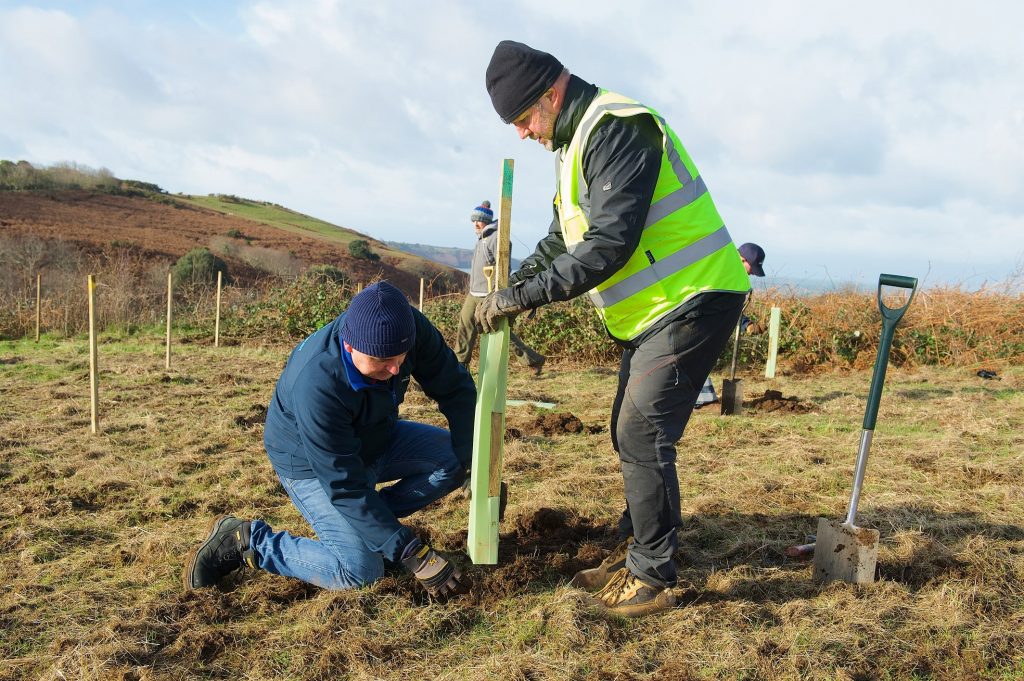 Chris Ambler, CEO of Jersey Electricity, said: “It’s terrific that two companies that mean so much to the Island have been able to come together to support this important project in partnership with the National Trust and Jersey Trees for Life. And it’s important to our employees that they too can play an active part; it’s not just about providing financial support.” 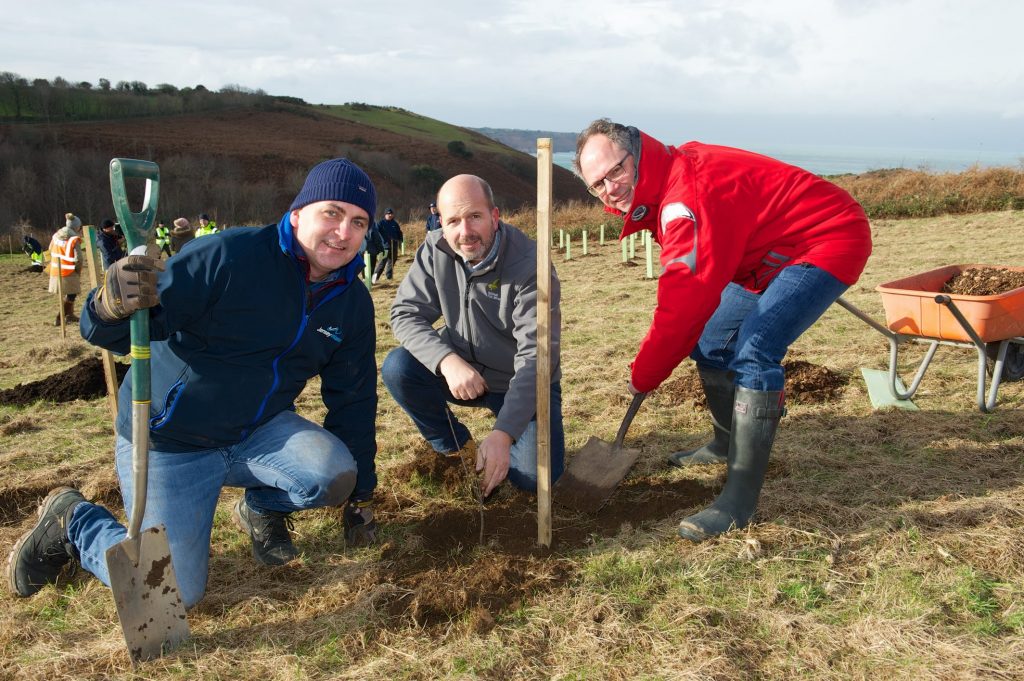 Charles Alluto, CEO of the National Trust for Jersey, joined Helier Smith and Chris Ambler to help with the planting. He said: “We are enormously grateful to all the employees from Jersey Electricity, Jersey Water and Jersey Trees for Life who helped us with the first phase of our tree planting. Despite the wind chill everyone appeared to really enjoy the task and it was wonderful to see such high levels of enthusiasm and commitment. This project clearly demonstrates the immense value of partnerships in delivering environmental initiatives for the benefit of our Island.” 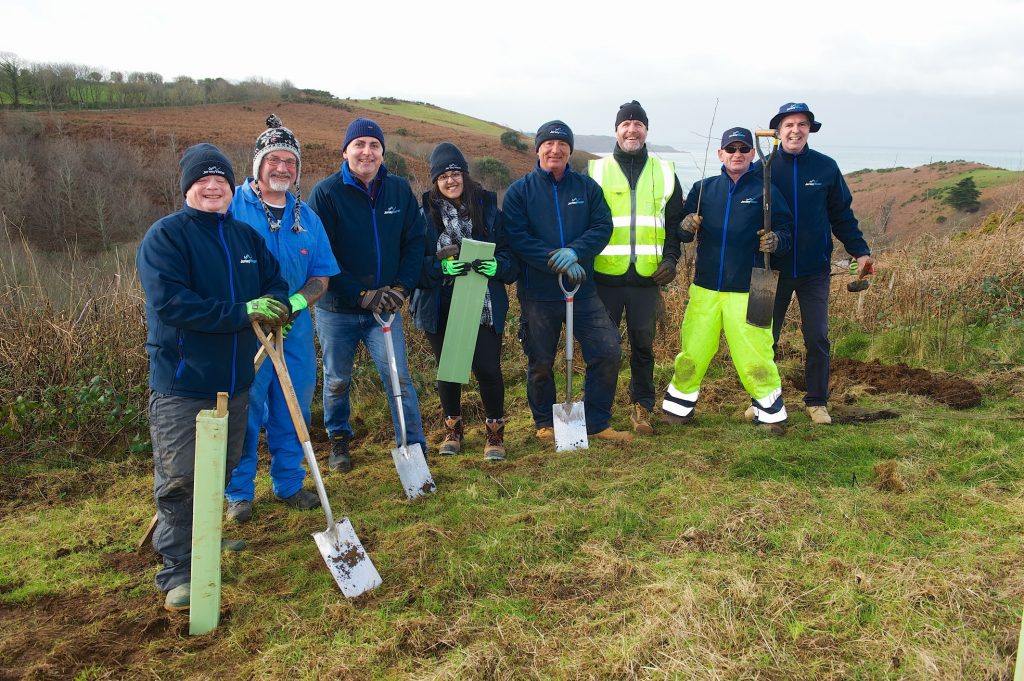